Hired as an intern for Interscope Records, her dream became a reality when her math background was uncovered. A new position, Digital Analyst, was created for Kiran. She was tasked with studying YouTube, Twitter, and Spotify data in order to answer questions such as, “How many YouTube views are considered a success?”.

Kiran’s focus on the intersection of business, data, and music continued at HBS. Specifically, she explored the ways in which the theories learned from case studies could be applied to the current challenges in the music industry and the music technology space. As well, Kiran founded “Music Minds”, a collaboration of students from HBS, MIT, and the Berklee School of Music, to work on solutions to these challenges. Impressively, Kiran managed her academic work load and other commitments while still finding time to perform on tour with the singer and rapper M.I.A.

Kiran is using her grant to produce her own album where she will “use electronics to create beautiful soundscapes, sing over them, and write positive, danceable lyrics about gender equality”. 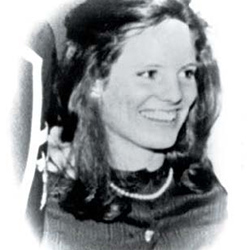 In our first year, during the period the entire class was either discouraged, afraid, or frustrated, in my mind I have such a clear picture of Fitzie, who inside must have felt like the rest of us, as being so cheerful, so positive, so undaunted.
What never ceases to amaze me was her ability to be so together and so real at the same time. She always had an aura of sensitivity and caring and glamour, too.
In class she was always mindful of how decisions affect people’s lives and she often urged us not to overlook these considerations.
Students at the Harvard Business School, especially during the first year, when she was a member of my class, live their lives under tremendous pressures…Within such a system, sunny dispositions are not conspicuous, since almost every circumstance militates against them. Yet Fitzie maintained her own and, more than that, communicated it to her section mates.
Her section proved to be one that I particularly enjoyed teaching. Without any sacrifice of rigor, without any slacking of preparation, her section was simply more relaxed and upbeat than others I have taught. All of this made it easier for us to learn from each other, indeed made it possible for the learning experience itself to become nothing less than fun.
She was one of the guys; she had a thirst for beer and an appetite for any sort of conversation. And she always stood by with a thoughtful ear, ready to provide soundings for the problems of her pals...
I first met Fitzie during the second year of her MBA program when she took my elective course, Problems in Labor Relations. Although it was not a course that was of direct benefit to her in the career she had chosen, she had an intellectual curiosity about the subject and an empathy for working people....
There was an honesty, a compassion and genuineness in Fitzie that makes her stand out clearly among the approximately 700 students I taught while at the Harvard Business School.
I remember her for her personality, for her bearing and grace…
Fitzie was one of those rare individuals to whom everyone was drawn. Her warm smile and inner strength radiated from within and touched us all. The attraction was immediate and lasting.
I remember Fitzie for her personality, for her bearing and grace...