A senior at Harvard College, Hayley is Biomedical Engineering concentrator. She is pursuing a language citation in Spanish, as well.

An aspiring doctor, Hayley’s focus is on applying engineering knowledge to clinical medicine. She spent the summer working in the Lewis Labs at the School of Engineering and Applied Sciences. Her research consists of 2 parts – a biology aspect and an engineering aspect. On the biology side, she works with iPSCs (human induced pluripotent stem cells, which are cells that can potentially become any type of tissue in the body). These stem cells can be cultured and – with the right “ingredients” and conditions – ultimately develop into organoids, which replicate organ function on a tiny scale. Organoids are studied to gain insights into developmental processes and disease. On the engineering side, a big hurdle in the realm of organoid research is that it is hard to maintain organoids in the laboratory setting. Inside the body, actual developing organs benefit from nutrient and waste exchange, and are surrounded by arteries and capillaries to form complex networks. The engineering aspect of the project aims to recreate this environment in the laboratory. 3-D printing creates little scaffolds where the organoids are eventually implanted.

Outside of the lab, Hayley’s work with Pets as Therapy – as a volunteer and now a director – is an experience that has defined her time at Harvard. Each week, volunteers bring dogs into a Cambridge nursing home to visit with the residents. Hayley’s interactions with the nursing home residents are her ”continuing call to action, transforming medical school from a logical next step into my life’s purpose, the culmination of my gift for science and my desire to help improve people’s quality of life.” Hayley has deferred the use of her grant. 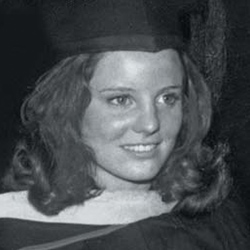