Tenacre embraces the elementary school years. As a Pre-Kindergarten through Sixth Grade school, they offer a dynamic and exciting environment in which children develop critical thinking skills, become confident and joyful learners, and move forward into higher education and life as caring citizens.

Daisy’s favorite subjects are science and social studies. She enjoys creating her own experiments in the lab and trying experiments that others think will fail. She was particularly pleased to figure out how to make a battery into a magnet. In Social Studies, Daisy is interested in learning about the actions and thoughts of people in the past. In her view, it is critical to learn about history so that the mistakes of the past are not repeated. Outside of school, Daisy loves to play sports. She is on a soccer team, and a member of two hockey teams. Remarkably, she is the only girl to play on the top boys’ hockey team in Wellesley. 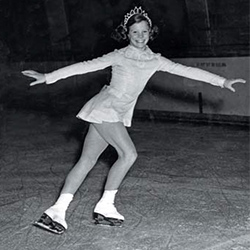