2016 has been a busy year for The Fitzie Foundation.  In the spring, we had the pleasure of interviewing a wonderful group of young women at Dana Hall and Harvard College.  After much deliberation, the Foundation selected Amera Youssef at Dana Hall and Olivia Castor at Harvard College.  The selection process at Harvard Business School is underway and will conclude by year end.

As well as welcoming new recipients, eight past winners have used their grants this year to engage in unique and enriching activities.  Projects ranged from service trips, to writing a book, to study abroad programs.  However a recipient uses her grant, the Trustees hope that the memory of her experience will leave a lasting impression.

Caroline was awarded her grant when she was just eleven years old.  Now a senior at Washington University of St. Louis, she is majoring in Biology with a Minor in Children’s Studies.  In January, Caroline participated in a Global Brigades medical mission trip to Honduras.  Global Brigades, a student-based non-profit organization, works to create holistic change in underserved populations throughout the world.  During the week-long venture, Caroline helped to set-up and run a mobile medical clinic in a rural community that lacks access to Western medicine.

With her grant from the Fitzie Foundation, Kiran is currently working on creating her own album.  Her goal is to take the samples that she collected during her travels to Asia and Brazil, and pair them with samples she created electronically in Boston, Her dream is to use electronics to create beautiful soundscapes, to sing over them, and to write positive, danceable lyrics about gender equality.  Kiran produces her work under the name Madame Gandhi.  She is currently on tour.

Ishani spent the summer in Adelaide, Australia where she studied Narrative Therapy, a form of counseling, at the Dulwich Centre.  For Ishani, “discovering the Dulwich Centre for Narrative Therapy provided for [her] a real imperative for visiting Australia and expanding [her] sense of what “holistic healthcare” can look like in this day and age when physicians face an expanding realm of seemingly intractable problems.”  Ishani is in her first year at Weil Cornell Medical School.

Jean began studying French several years ago, in part due to her interest in working in sub-Saharan Africa.  In April of this year, Jean used her grant to study abroad in Paris.  She took full advantage of her month in France by studying the language, living in a French home, and exploring Paris.  Not only did her French improve, but the trip was also an opportunity to “experience something totally different from medicine before [starting] on the roller coaster ride of being a practicing physician.”  Jean graduated from Harvard Medical School in the Spring, and is currently in the first year of her Pediatric Residency.

Equally passionate about medical education and women’s health, Taylor completed her Master’s degree in Education at the Harvard Graduate School of Education.  She is currently in her final year at Harvard Medical School. While in graduate school, Taylor began biking – first short weekend outings around Cambridge, then longer commutes each morning.  Eventually, Taylor hopes to train for 40-60 mile rides and perhaps to enter an 80-mile plus race.  Taylor’s grant from the Fitzie Foundation was used in part to purchase a road bike.  She envisions herself “cycling far into [the] future—for exercise, for fun, with friends and with strangers—and it [is] extremely meaningful to know that each time I am out cycling it is in memory of Fitzie Petersmeyer and possible due to the generosity of the Fitzie Foundation.”

Shortly after graduating from Harvard, Hayley travelled to Spain.  Photos of Hayley’s adventure can be found in the Image Gallery.  To learn more about her travels, check back to read her blog post. Hayley is in her first year of medical school at Penn State.

In June, Amandla received her joint degree from the Harvard Business School and Harvard Kennedy School.  She returned home to Kenya and has started work on a biography of her father, Oki Ooka-Ombaka, who was the lead author of Kenya’s Constitution.  Read more about Amandla’s book here: https://fitziefoundation.org/?p=977&preview=true

Raya spent eight weeks studying Arabic at the University of Jordan Language School.  Though a fluent speaker, Raya worked to improve her reading and writing skills in an intensive course designed for non-native speakers. 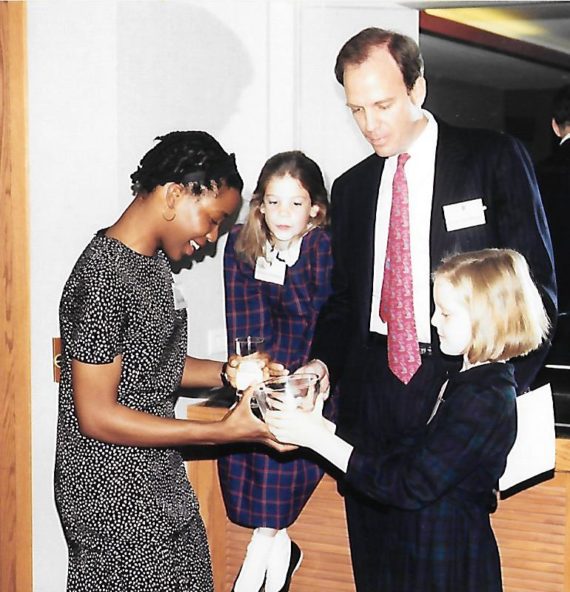 Tiya Miles, Winner of the 2021 National Book Award for Nonfiction

November 18, 2021November 18, 2021 | Laurence Chase
Congratulations to Tiya Miles, the 1991 Harvard College Recipient, who won the 2021 National Book Award for Nonfiction for her book All that She...
Foundation NewsREAD MORE